.... there was a Muslim princess called Fátima who was kidnapped by the knight Gonçalo Hermigues and his companions.  The kidnap took place on St John´s Day (24 June) 1158 at Alcácer do Sal.  The princess was taken to the Serra de Aire in the newly created kingdom of Portugal where she fell in love with her Christian knight and decided to become a Christian, taking the name of Oureana.  They married and were presented as a wedding gift with a town and named after Oureana. Here they lived happily ever after.  Ourém is now a city - straight out of a fairy tale.  Well, that was how it first seemed to me as we saw a castle perched like magic above a layer of cloud.

The nearby town of Fátima, known as the altar of the world, is within the Concelho of Ourém.  Fátima draws thousands of people each year as a place of pilgrimage to the spot where the Virgin Mary appeared four times to three shepherd children in 1917.  It seems that Ourém has undeservedly lost its magic for the majority of visitors to this part of the world.  Even the Pousada in Ourém calls itself the Pousada of Ourém-Fátima.  We have visited the shrine of Fátima and marvelled at the numbers of pilgrims that still make their way over hundreds of metres on their knees but it is to Ourém that we delight in returning. 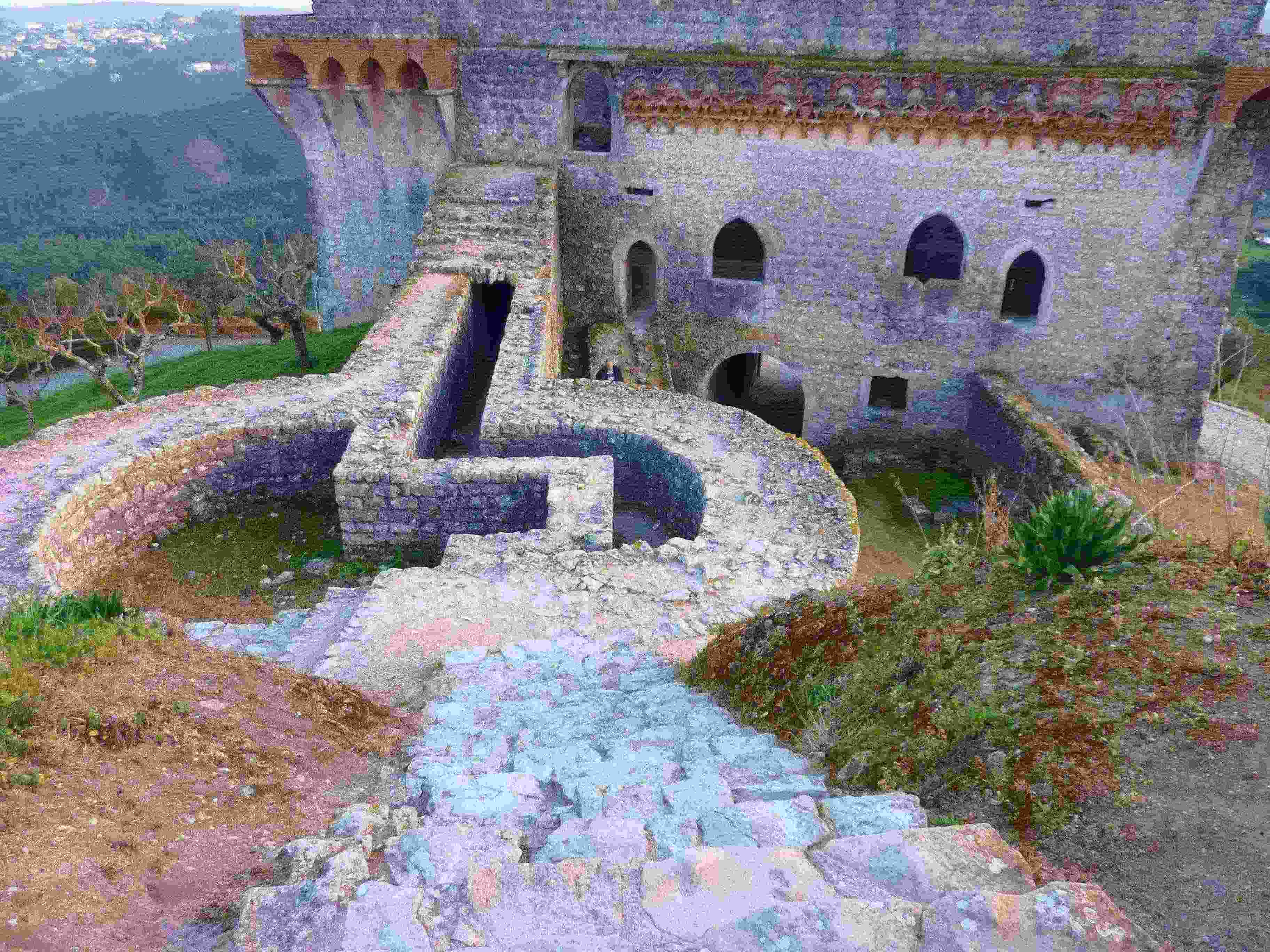 None of my guidebooks mentions Ourém but José Saramago in his Journey To Portugal, describes the castle at the top of the hill, as the work of giants who piled stone upon stone up towards the sky.

Saramago´s journey began in 1979 and in the old medieval town perched high upon a crag, he found deserted houses, wayside shrines stripped of their imgages and places where even the spiders go hungry. Since that time the old town has been given a make-over and now even the grass in the castle grounds is so well tended that it appears to have been cut with nail scissors.  Way below in the valley of the River Seiça is the Vila Nova de Ourém, the modern town with all of the modern amenities.

In less romantic reality, the town was bestowed not on a Moorish princess and her Christian husband, but on the Infanta Theresa, fourth daughter of the first king of Portugal, Afonso Henriques.  The Muslims had fortified the rocky crag and called the village Abdegas.  The area was reconquered by the Christians in 1136 and the castle served as a watchpost for the Castle of Leiria.  The second Count of Ourém, João Fernandes Andeiro, lover of the dowager queen D Leonor Teles, was a Galician.  He was murdered by the Master of Avis and his title was forfeited to the third Count of Ourém, the famous Nun´Álvares Pereira, the general of the Portuguese army under D João I Master of Avis which defeated the Castilians in the Battle of Aljubarrota in 1385. 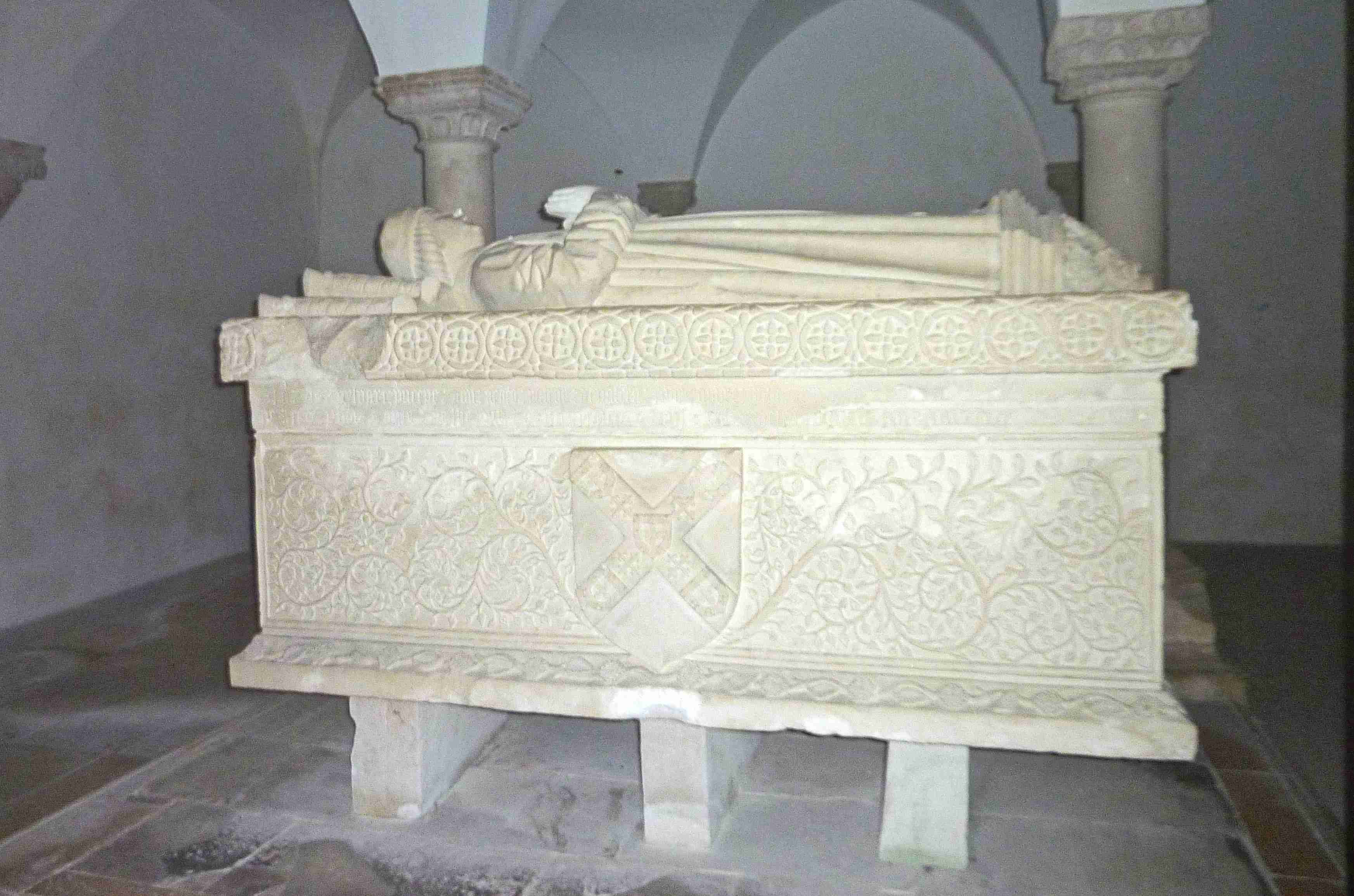 D Afonso, fourth Count of Ourém, remodelled the castle and built the magnificent Italianate palace both of which have again been remodelled following the damage caused by the 1755 earthquake and by the French Invasions.  This Count is buried in a magnificent gothic tomb in the crypt of the Collegiate Church of Our Lady of Mercy in the old town.  The title from the date of his death onwards (1460) belonged to the senior member of the House of Bragança, and the present day pretender to the throne of Portugal D Duarte Pio would be the 28th Count of Ourém. The building in which the present day pousada is located used to be the country manor of the administrator of the House of Bragança. 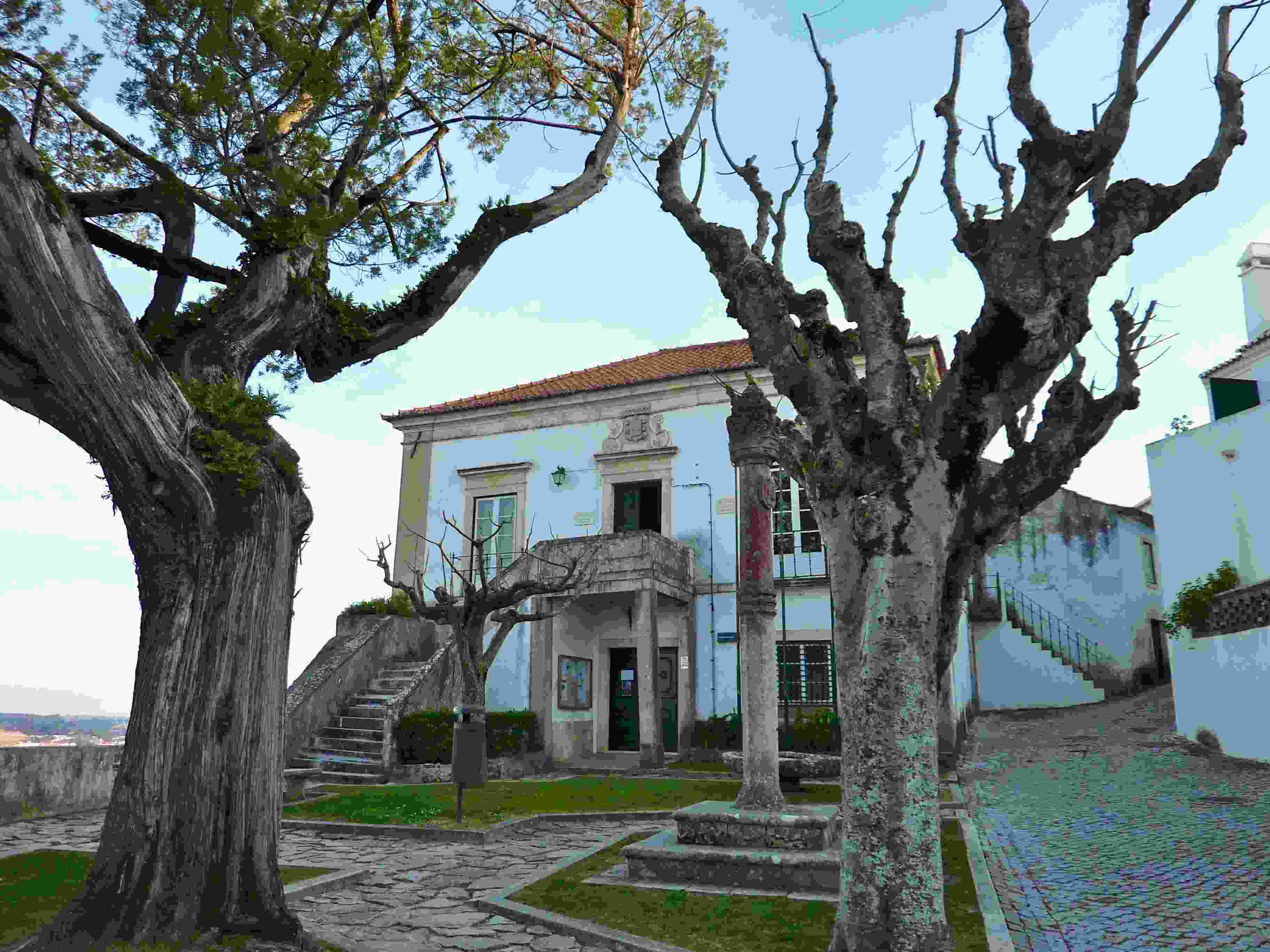 If all the scratch marks on the sides of the very narrow old town gates don´t put you off, it is well worth driving into the old town.  Finding a parking space is easy and a walking tour around this delightful, quirky yet fascinating place repays the effort.  In the square facing the gateway is a gothic fountain with the arms of the Avis Dynasty above the water spout.  Further along the Tabuleiro da Misericórdia is a small garden with a pelourinho and the old jail which now houses a small museum. 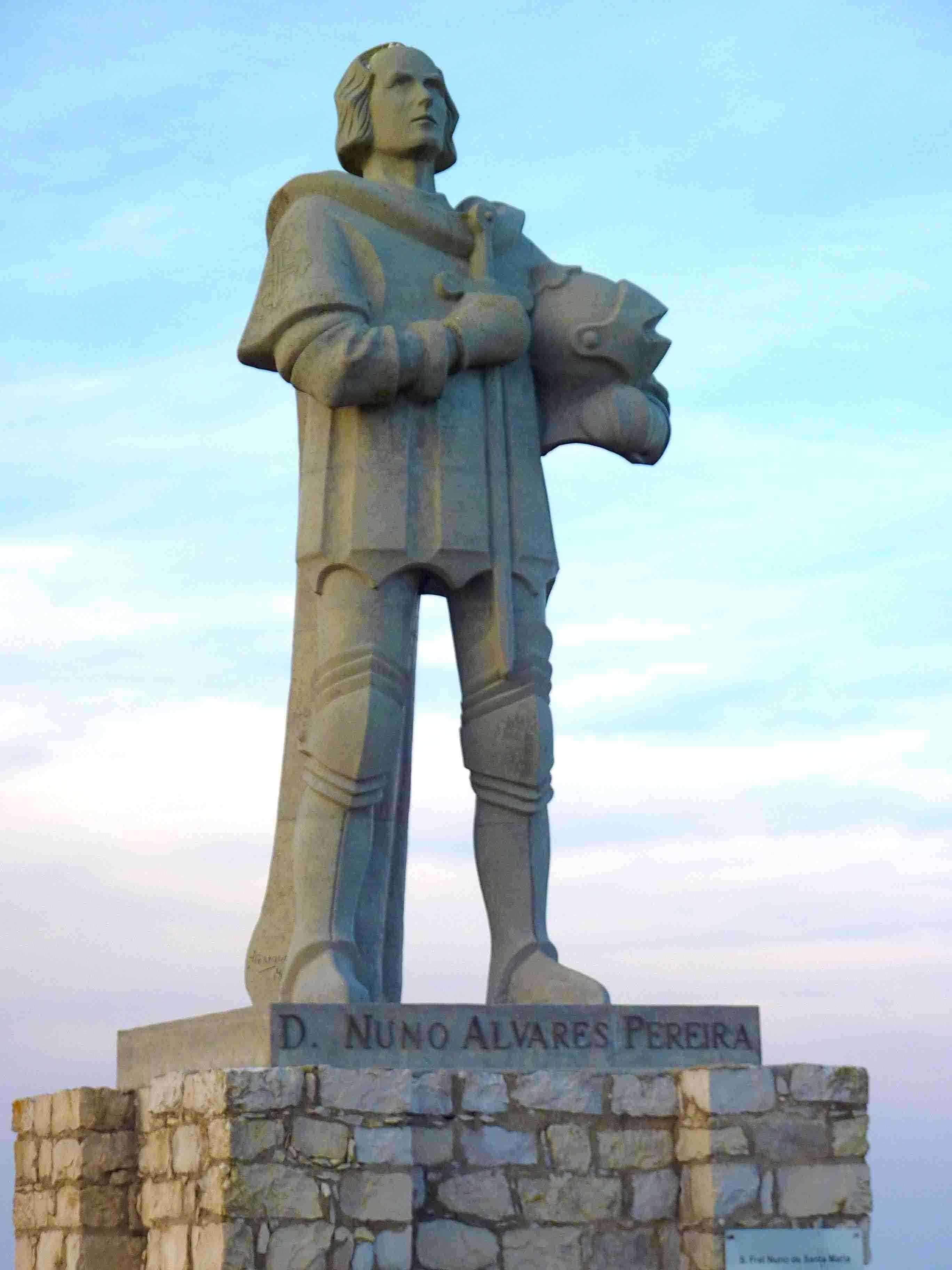 The way up to the castle, sometimes known as Paço dos Condes de Ourém, passes three miradouros.  At the summit you may stand on the roof of the old cisterna, and from the Santiago courtyard where Commander D Nuno Álvares Pereira still stands on guard over the giant´s castle and the fairytale Moorish princess,  you may hear echoes of those who lived here before.