Journey to Portugal 3: Alvito: The Last Fair of the Year

The golden plains of the Alentejo seem to go on for ever; expanses of rolling landscape and hectares upon hectares of wheat, olive trees, vines and cork oak.  Dotted about the rich farmlands are the jewels of Alentejo culture, small towns and villages each with different secrets for those who care to stop and look.  Alvito is a small town famed for its herbs, Manueline architecture, its baronial status, its millstones and for the last fair of the year!

The Feira dos Santos (The Saints´Fair)  held on 1st November (All Saints Day) is the last of the fairs held each year in the Alentejo region.  It is a celebration of local produce and the Câmara Municipal de Alvito has introduced more cultural and recreational activities to make it one of the main festivals in the region.  As well as a meeting place for friends, the fair is a place to buy dried fruit, clothing, farming utensils and household articles.  Its prestige is such that it attracts thousands of visitors from throughout the country.  If you miss the last fair of the year there is a long time to wait for the next one!

Since the town has no more than 2 500 inhabitants, it is not surprising that most English language guide books do not mention Alvito at all.  Even José Saramago in his book Journey to Portugal  is sour and scathing:  there was no one in the streets, but a loudspeaker was booming out to the four winds a song with a Spanish title sung in English by a pair of Swedish women.  But he goes on immediately to mention a street sign, Rua das Manhãs and comments; Oh, blessed land of Alvito, which on a street corner like this can pay homage to all the mornings of the world... 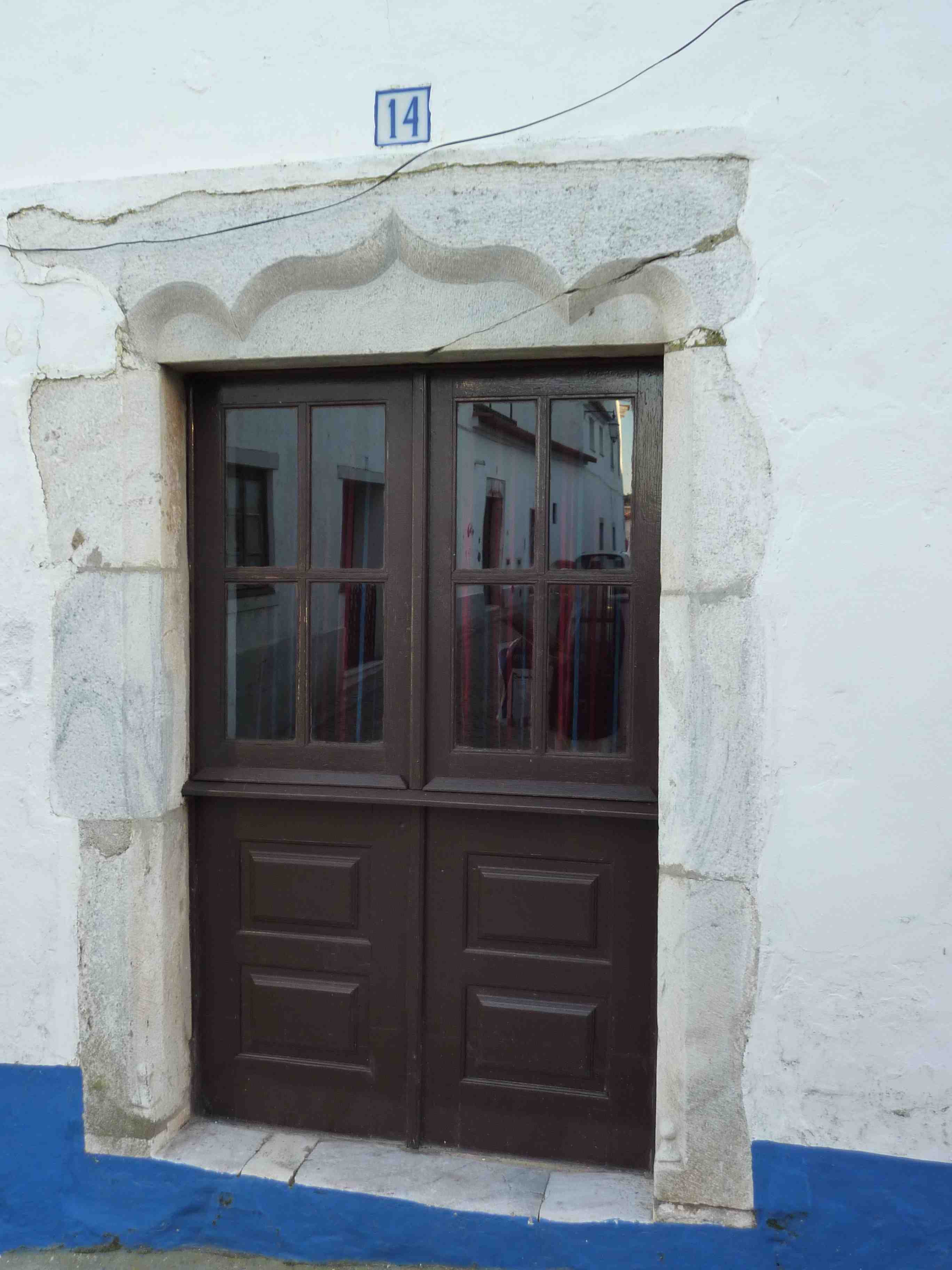 The streets of Alvito have more to offer than one street sign.  If you are a fan of Manueline architecture there is a veritable feast to be enjoyed:  the castle, the pelhourinho, the main church, the hermitage of São Sebastião and the numerous other doorways and windows throughout the town.  In 1949 Luiz de Pina Manique in A Arte Manuelina na Arquitectura de Alvito wonders at Alvito´s imposing castle and sophisticated Manueline architecture in a town that is so small and so remote. At the Posto de Turismo there is available a leaflet showing a town trail on which the tourist may easily discover these architectural treasures. 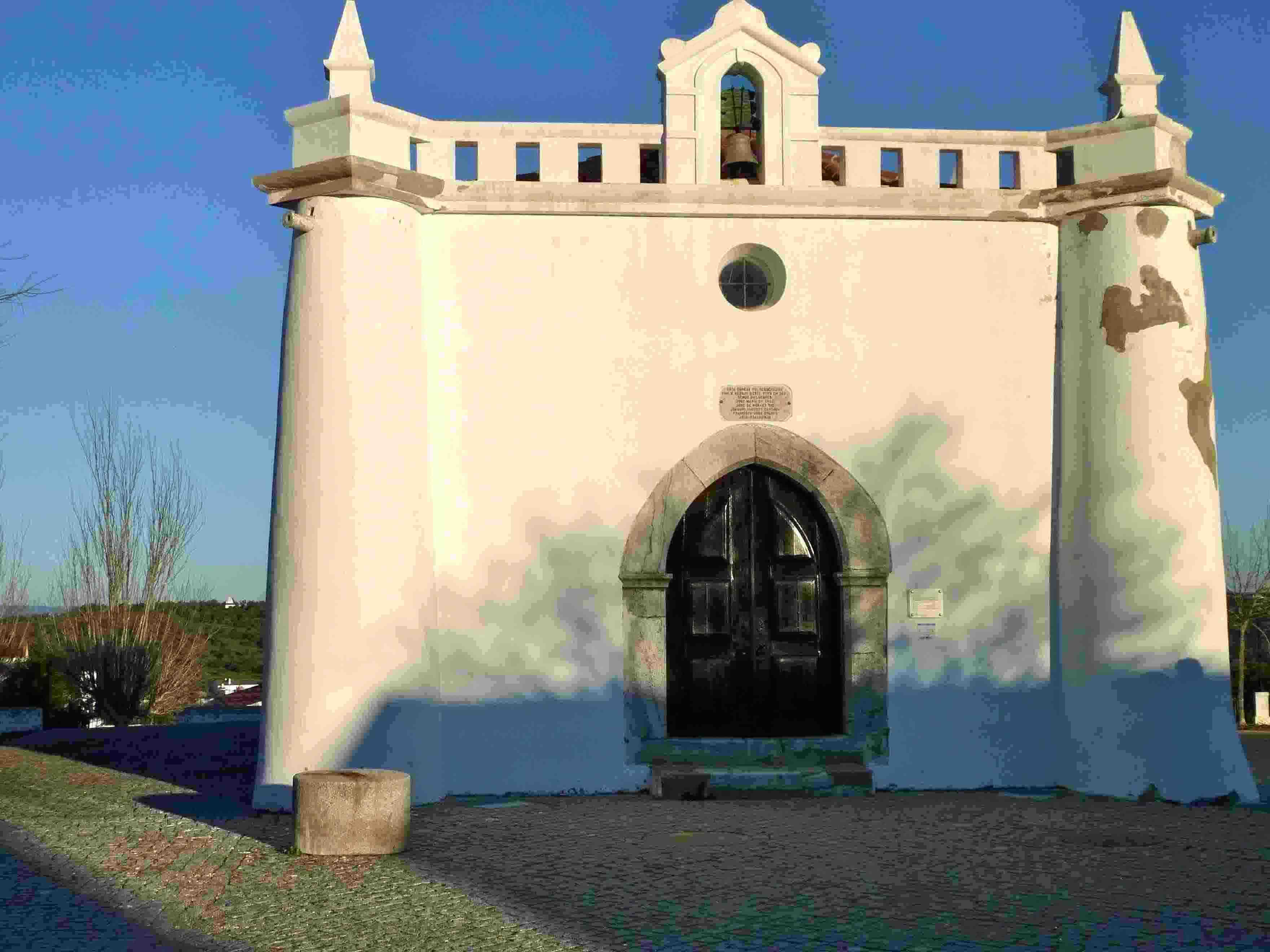 Construction of the Igreja Matriz began in the 13th century and it was extended between 1480 and 1554. The church has two altars covered in gold leaf, 17th century azulejos and superb frescos.  In this part of the Alentejo, frescoes are a feature in many of the churches and chapels, such as the Ermida de São Sebastião in the Rossio (the large open square to the south of the town).

Just behind and down from the chapel is a system of caves and tunnels where you can clearly see how the millstones were shaped out of the rock and the millstones from Alvito were the best in the kingdom, according to Duarte Nunes de Leão. Stone had been taken from these caves since the 13th century and ownership of the quarry was contested for over 400 years before Alvito won this particular battle with neighbouring Trinidade. The caves are closed off from general access, and the tourist must ask for permission to enter. The keeper of the keys to the caves doubles up as the keeper of the Ermida de São Sebastião!

In 1251 the village of Alvito was donated by D Afonso III and the Pestanas of Évora to D Estêvão Anes, the chief chancellor of the kingdom and later Bishop of Lisbon, after which the town of Alvito began to grow.  Later D João Fernandes da Silveira (first Barão do Alvito, and the first ever baronial title in the country) and his wife D Maria de Sousa Lobo decided to make the town an artistic landmark in the Alentejo and planned a baronial residence.  It was constructed in 1494 by his son the second baron, D Diogo, in an unusual design that marries Manueline, Gothic and Mudéjar features.  This building is now the Pousada. 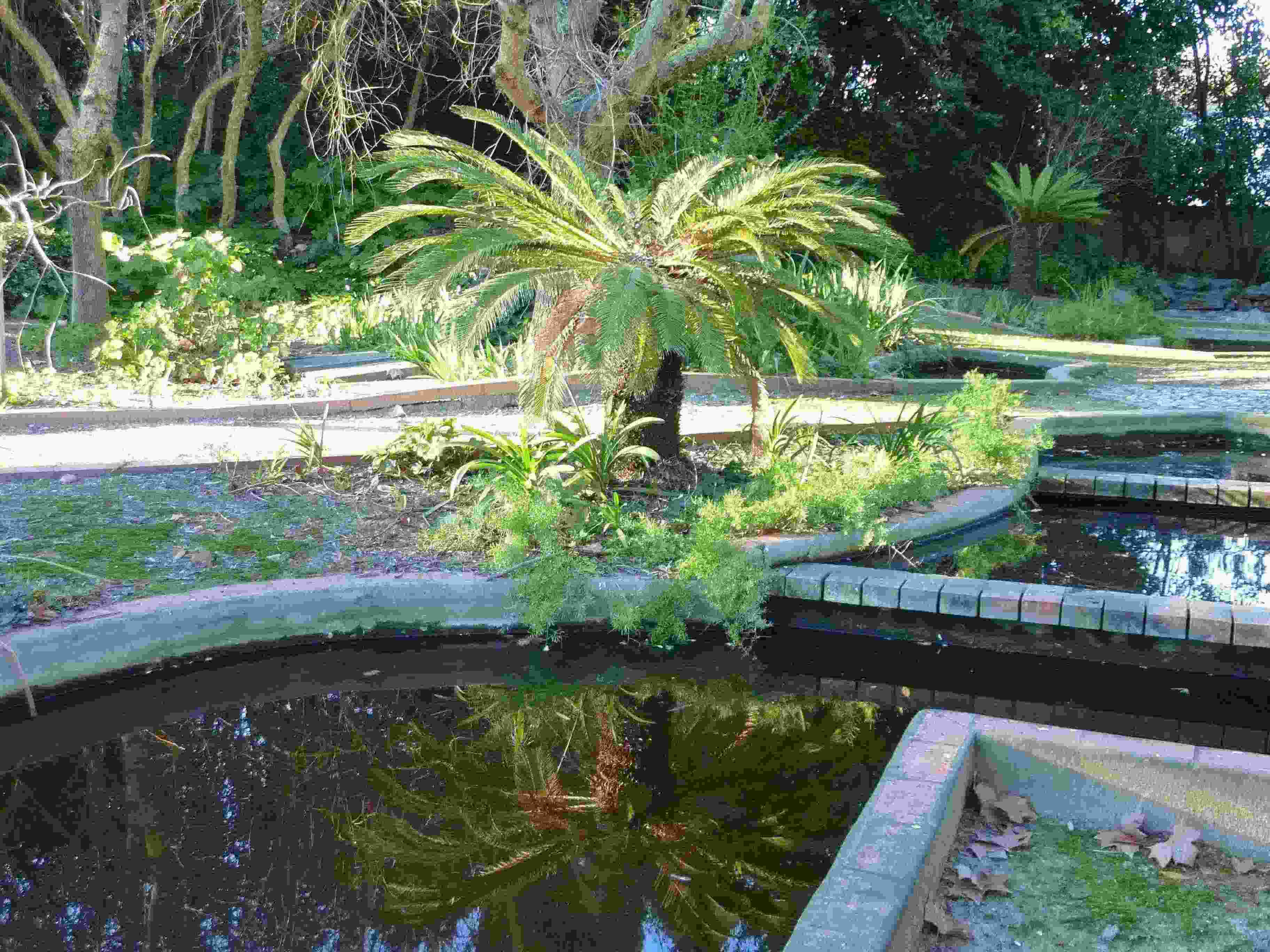 The boom in artistic development also spread to Vila Nova da Baronia to the north west of Alvito where the Manueline pillory and mother church are worth a visit.

Starting from Vila Nova da Baronia, the demarcated 7 km walking Route of Sant´ Águeda starts at the pillory, takes in the chapels Nossa Senhora da Conceição, Nossa Senhora da Assunção and then exits the village over the medieval Ponte do Azinhal.  The focus of the route is the Manueline chapel of Santa Águeda. One of the attractions of the chapel is the colourful frescos that date from the 17th and 18th centuries.  The nearby towns of Alvito, Cuba, Portel, Viana do Alentejo and Vidigueira all feature on the Rota do Fresco.

Alvito´s flora and fauna are highlighted in the trails in the area.  The fauna include storks, little egrets, cattle egrets, red legged partridges, buzzards, hares, rabbits, nightingales, turtles and moorhens.  Amongst the oaks, holm oaks and olive trees are the herbs rosemary and lavender and also the more unusual herbs for which Alvito is famous such as sorrel and purslane.  The herbs feature in the Feira dos Santos and they also feature in The Herbs of the Barony Festivals in February and June. Some of the unusual gastronomic experiences available in Alvito include:  purslane soup, beans with sorrel, chickpea and pumpkin pastries. Just the thing to fuel explorations around the municipality.

Whilst it appears that José Saramago did not appreciate the architectural heritage of Alvito, he did enjoy his visit (in his epic Journey to Portugal in 1979) to the Solar de Água de Peixes, six kilometres to the north east of Alvito.  The Solar is a 14th century palace modified early in the reign of D Manuel I by Moorish or Jewish craftsmen possibly expelled from Spain after the conquest of Granada in 1492.  The design incorporates Gothic, Manueline and Mudéjar characteristics and is nowadays a private house.

If your visit to historic Alvito occurs in the heat of the Alentejo summer, the water sports at either the Alvito Dam or the Odivelas Dam would be very attractive.  However, I would recommend a November visit for the last fair of the year!