Journey to Portugal 9: Golegã: The Pride of Portugal

One of the most spectacular sights in Portugal is Lisbon seen from the 25 April bridge over the Rio Tejo . At other points upstream the Tejo is less than glamourous.  The river floodplain is home to many industries, to roads and to railways.  Amidst this concrete jungle is an oasis, a town of mysterious qualities just like Brigadoon, the mythical Scottish village which appears for only one day every hundred years.  Golegã  lies in the Ribatejo, no longer an official province, but an area defined by its historical and cultural traditions.

Of my guide books, two do not mention Golegã at all and the third mentions the annual horse fair only briefly. It is my view that the authors never saw this magical place, this breeding ground of the world famous Lusitanian horse and a place of creativity, civic pride and equine superiority.  Or perhaps they were impervious to enchantment.

The nearby village of Azinhaga is the birth place of José Saramago, the writer that inspired my own Journey to Portugal. Saramago´s statue dominates the centre of Azinhaga and both his house and the cultural centre attached to his name are well signed.   Saramago never liked his home area and he calls Golegã ´the most secretive of all Portugal´s towns´ where he never felt at home in the ´endless streets always full of clouds of dust´. He describes the Rio Almonda, one of the tributaries of the Tejo  between Golegã and Azinhaga, as a ´river of dead water; everything in it rotten´.  The river has been cleaned up since Saramago´s time and the Natural Reserve of Paúl Boquilobo is home to the largest colony of herons in the Iberian Península.  This wetland is the sole Portuguese protected area of UNESCO´s World Network of Biosphere Reserves. 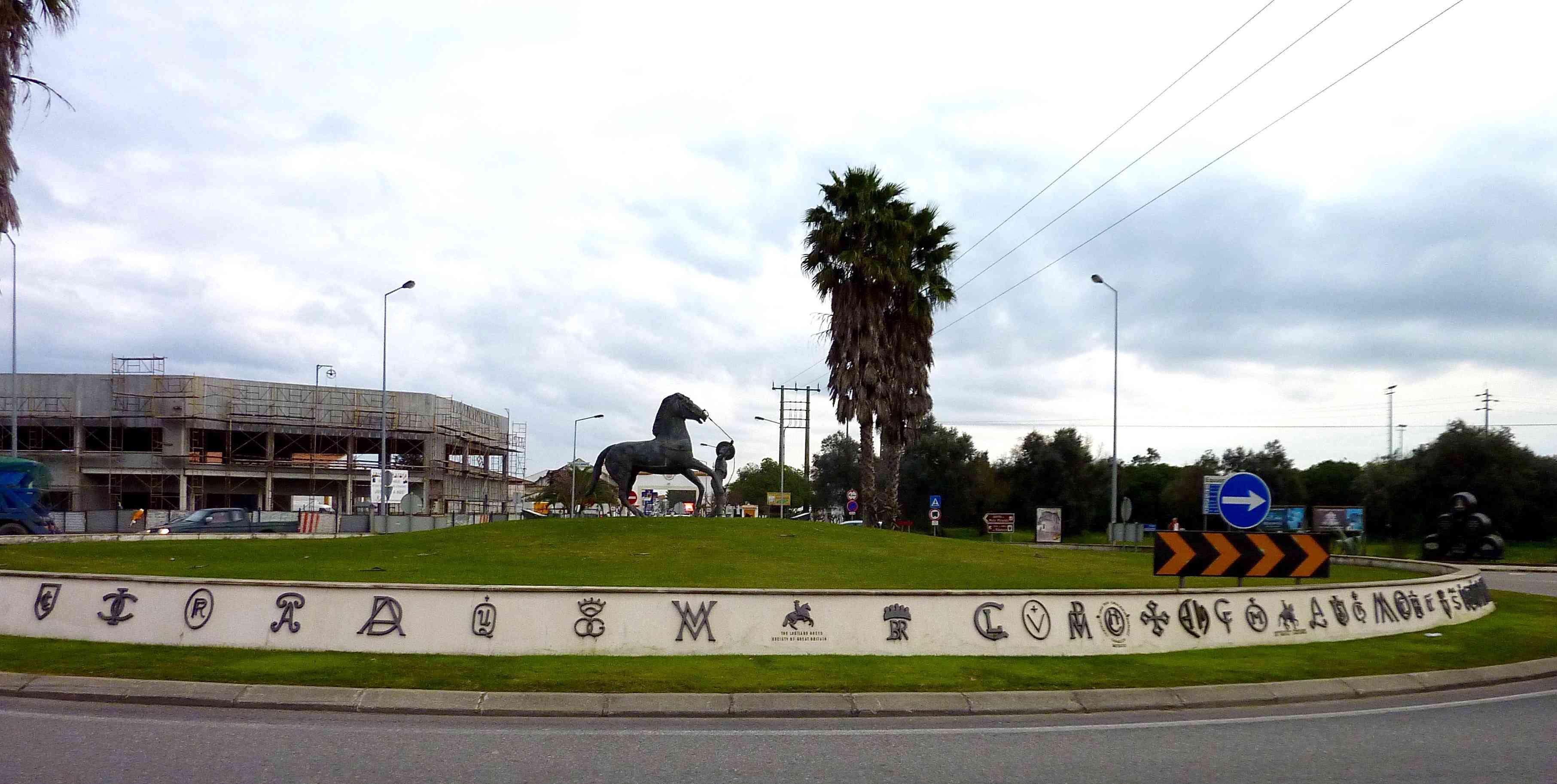 In the town centre, the magnificent Manueline Igreja Matriz was open.  Its wonderful portico abounds with Manueline imagery (D Manuel´s personal shield and armillary sphere) since it was a favoured project of D Manuel the Fortunate and the chancel is a treasure trove of later azulejos.  The church is in constant use, and is clearly a centre for its community. The square next to the church is home to the statue of one of Golegã´s favourite sons, the bullfighter Manuel dos Santos Pires. 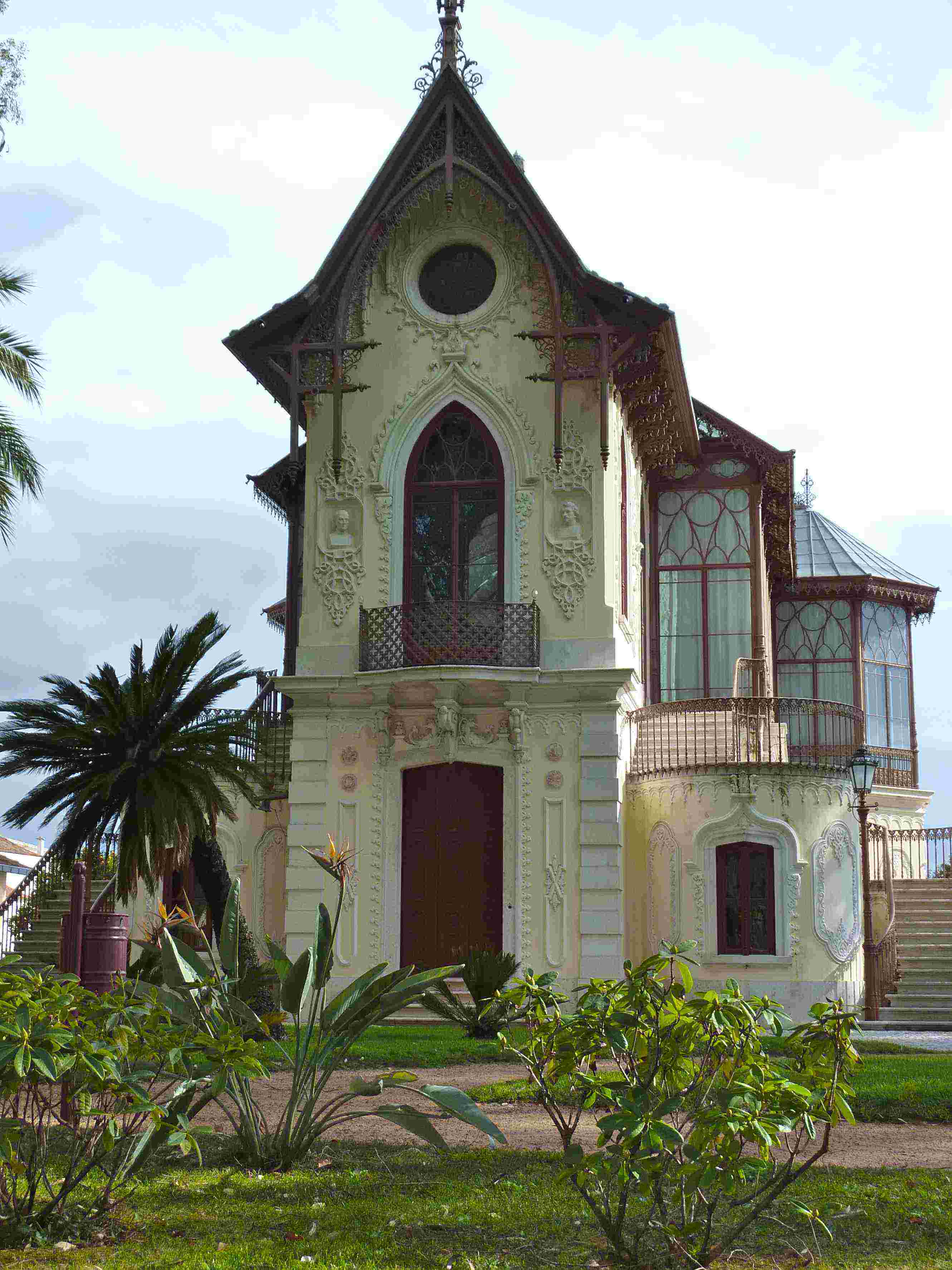 The studio/house of Carlos Relvas reflects more than a sprinkling of stardust and creativity. This temple to photography is a magnificent gothic/moorish structure of glass and iron and was built between 1871 and 1875.  Relvas was farmer, horseman, horse breeder, amateur bullfighter, musician and inventor as well as being Portugal´s foremost photographer.  Ironically, he was better known abroad than he was in Portugal. Relvas himself told us his story as his mouth was made to appear to speak through film cleverly projected onto a dummy and this illusion added to the magic of this whimsical town,.

It was no surprise to find a building called Equuspolis:  a modern museum dedicated to the history of the horse.  It is also home to a large collection of paintings and sculptures donated by Martins Correia (1910 - 1999), a native of Golegã.  Other great painters of Golegã include João Pedro Veiga, Manuel Fernandes and his son Rui Fernandes, the prolific sculptor whose work graces the roundabout at the entrance to Golegã.     Manuel Fernandes was born in Lisbon in 1910 and fell in love with Golegã where he spent most of his life, finding inspiration in the landscape and in the horse fair. The horse fair originated in 1571 and is held in November and is known as the Feira de São Martinho.  Buyers for the magnificent horses on display are attracted from all corners the world.

Around the town, there are horses grazing on the acres of land surrounding palatial quintas belonging to the families that have bred and raised Lusitanian horses for generations.  The Lusitanian breed has been identified in the cave paintings at Pileta near Malaga, and was highly valued by the Greeks, Romans and Arabs. Nowadays its skills are prized for work in the bullring and in cattle handling.   These intelligent and skilful horses are clearly proud of their abilities. 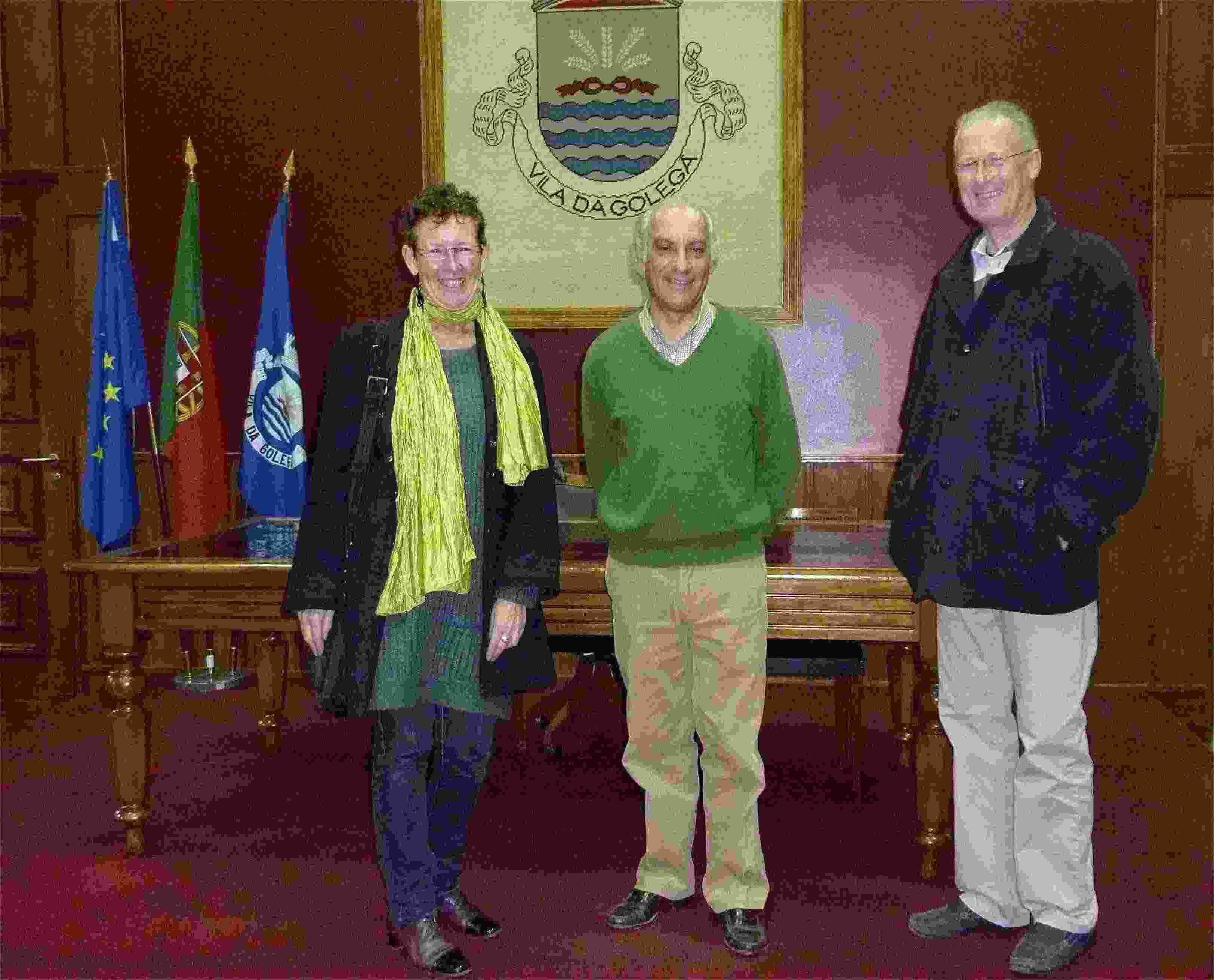 The Goleganenses whom we met showed great pride and confidence in their town and we were fortunate to meet Dr Veiga Maltez, President of the Câmara, owner of a Lusitanian stud farm and grandson of the great painter João Pedro Veiga.  Dr Maltez enthused about his town and his birthright; a ´Brigadoon´ that weaves its magic every day of the year!