... a romantic name for a town which is Portugual´s biggest glass manufacturer and the European capital of the moulding industry.

Following the devastating Lisbon Earthquake of 1755, Portugal needed all the building materials it could get. But who would have thought that an illegitimate young  man from Cornwall would be chosen by the Marquês de Pombal, the chief minister to king D José, to provide the glass necessary for the rebuilding of Lisbon? 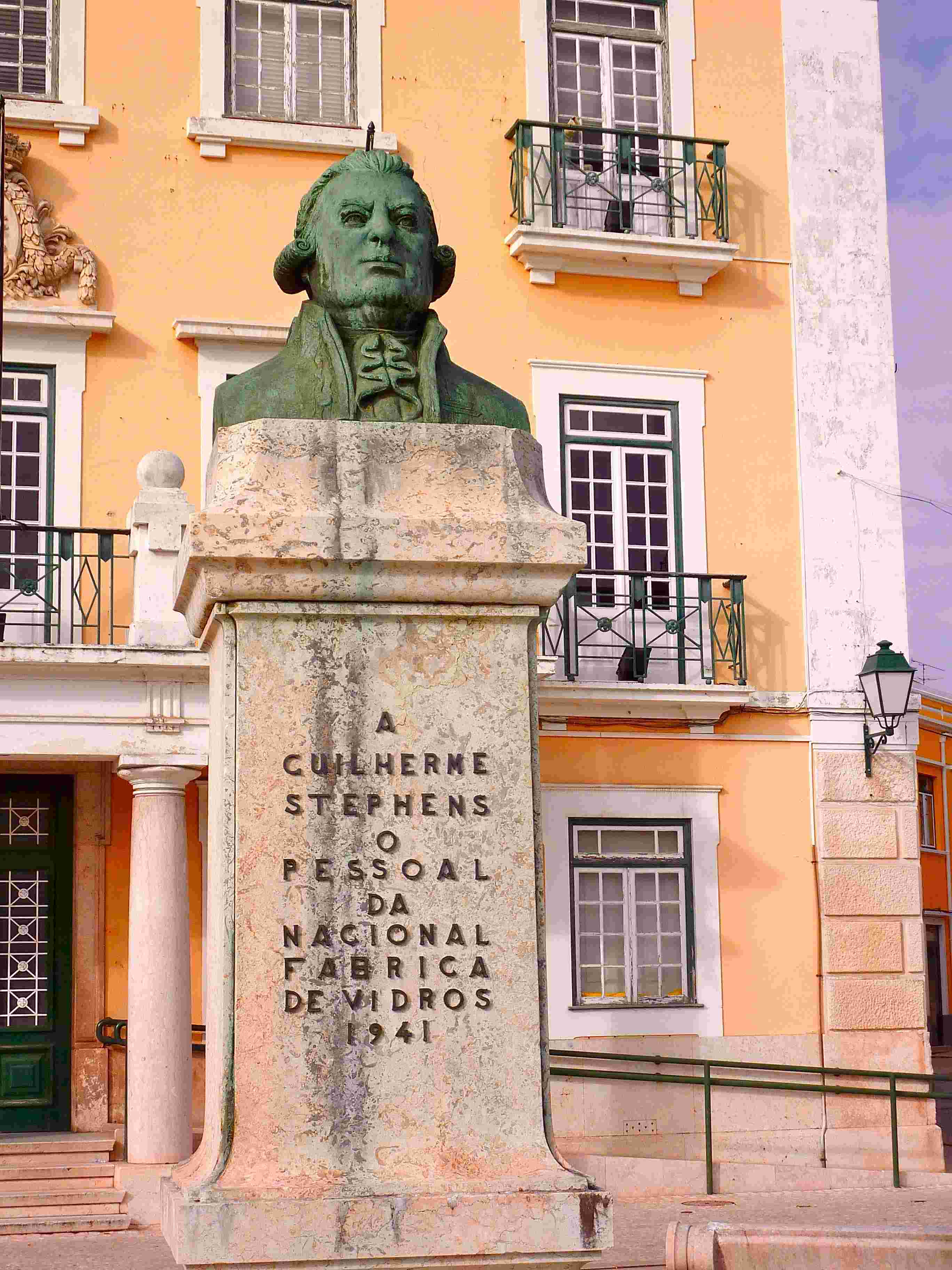 William Stephens at age 15 had been apprenticed to a merchant in Lisbon in 1746 and then managed a company which produced lime for use in building. In 1769 he was appointed by king D José to re-open the glass factory at Marinha Grande as the Royal Glass Factory.  By the end of the first year Stephens was employing 150 men in the glassworks, had manufactured 12,000 sheets of window glass and had sent over a hundred crates of crystalline glass to Lisbon. Wood was an essential fuel for the manufacture of glass, and Stephens enjoyed royal permission to collect firewood from the Pinhal de Leiria (Leiria Royal Pine Forest).  He recruited glass making experts from both England and Genoa.

William (known in Portugal as Guilherme) built a neo-classical style mansion house for himself, workshops for the glass factory and planted gardens on his 44 acre site.  In 1773 he was granted a monopoly of glass supply within the Empire of Portugal and its colonies; he took advantage of many tax exemptions to become one of the richest industrialists in Europe.  He used some of his money to introduce a programme of social welfare for the local community: he opened a school, provided free first aid, set up a pension scheme, built a slaughterhouse, improved cultivation techniques for the planting of fruits and vegetables.  He encouraged his workers to perform plays and they were able to act in front of D Maria II on her royal visit to Marinha Grande. 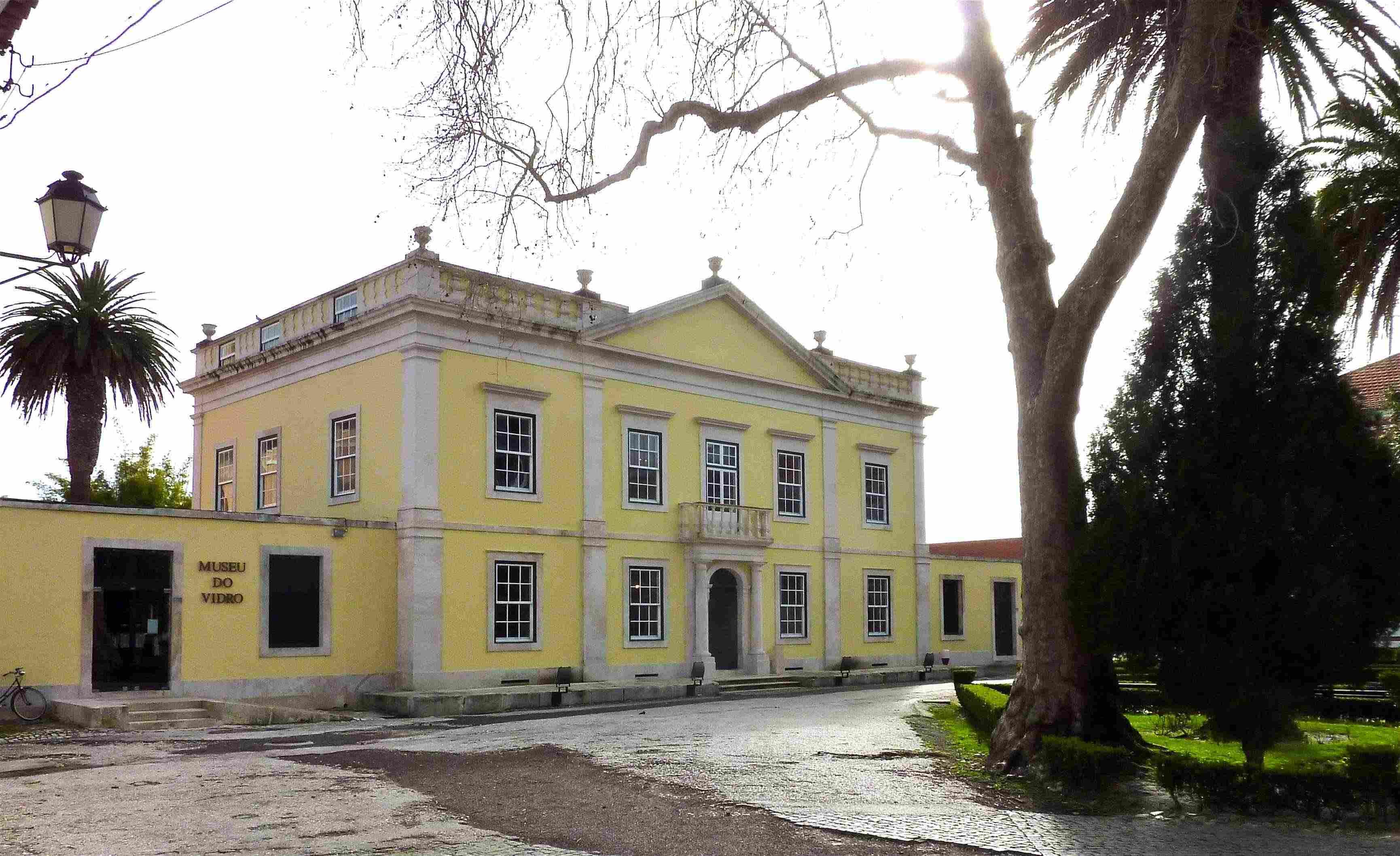 Marinha Grande´s glass museum is housed in William´s old home.  The house provides a magnificent setting for the displays which show the art of glassmaking and explain the techniques of making glass as well as the most significant examples of glass art from Portuguese glass making areas such as Oliveira de Azemís and Vila Nova de Gaia and of course Marinha Grande.

Sadly, Marinha Grande doesn´t feature in many guidebooks and my 1999 version of Lonely Planet only says ´Marinha Grande, halfway between Leiria and São Pedro de Muel, has a useful turismo´! 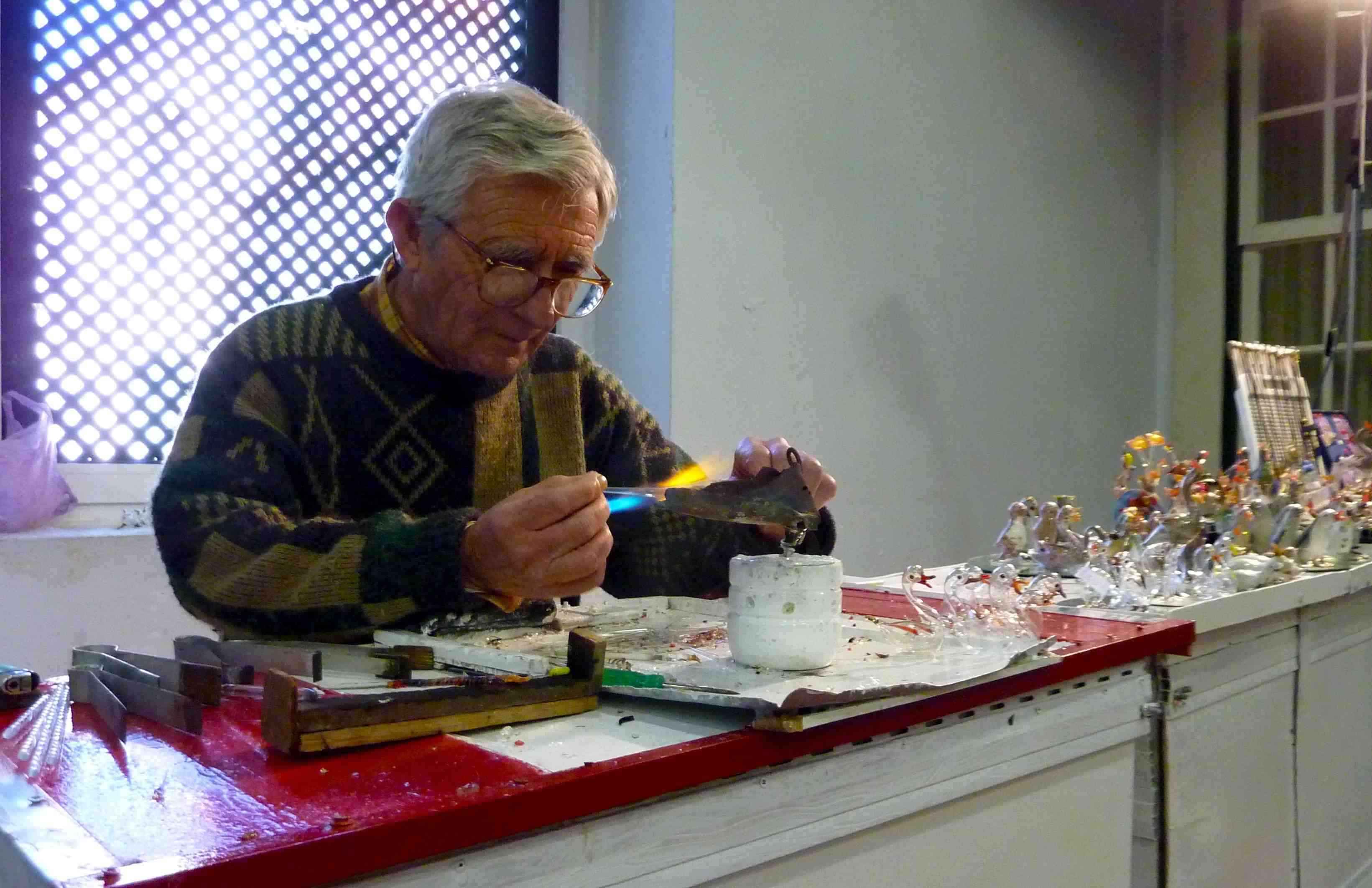 You would of course expect José Saramago in his 1979 Journey to Portugal to be scathing.  Of the City of Crystal he says, ´Perhaps because it has devoted everything to its furnaces and chemical magic, it has little to spare for any other graces´. He was more complimentary about the workers, ´... not the slightest sign of boredom in the men who make these moulds, only a deep-seated love of their work, which has to be perfect, because if it is not, the oven will reject it with the first flame. This is work which, in the most literal sense, is put to the test of fire´.

We made our visit to Marinha Grande thirty two years after this remark was made and we found many ´other graces´.   The  staff in the Posto de Turismo were still very helpful and the centre of the town is attractive in eighteenth century yellow.  Praça de Guilherme Stephens is graced by a bust of William Stephens and a series of Pombaline buildings (many decorated with azulejos), notably the town hall which in earlier days formed a part of the Stephens brothers factory.

We were lucky enough to be visiting the city when there was an exhibition of glass engraving by Vilma Libana, daughter of Master José Manuel Libano, a renowned artist of Marinha Grande.  The exhibition was located in the old laboratory of the glass factory, now the Professional Artistic School, and the municipal library now occupies the palatial looking building that William Stephens used as his offices. The Stephens legacy to Marinha Grande is both longlasting and noble.

The family legacy transformed a young cousin into the richest commoner in England and the fortune then passed into the hands of a French ballerina whose sexual adventures scandalised Victorian society. This fascinating story is well related in Glass:  The Strange History of the Lyne Stephens Fortune by Jenifer Roberts (2003), a great granddaughter of one of the beneficiaries of the inheritance, who has written an excellent history.