Celebrating Hannukah in the Algarve 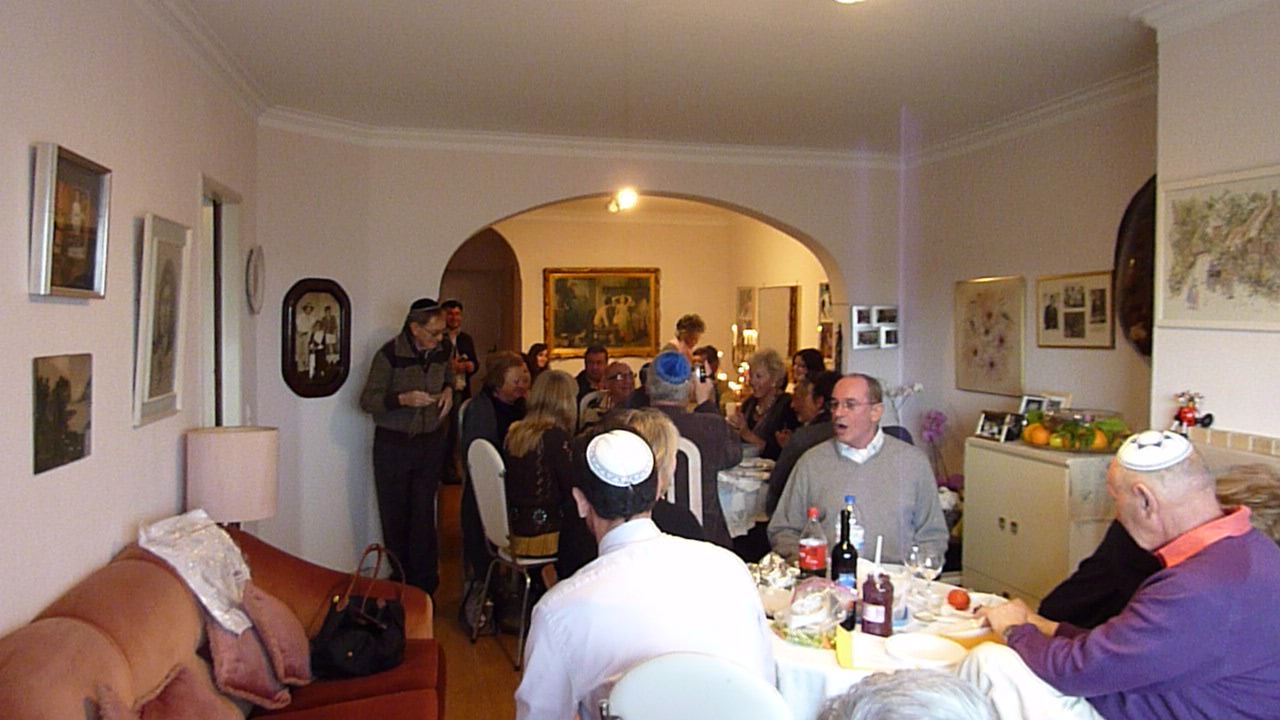 In the light of England´s current rousing performances in the Ashes series in Australia, I began to browse through my cricketing memorabilia. I was surprised to learn that Yorkshireman Freddie Trueman (1931 – 2006), the best fast bowler that England has produced, was Jewish. His maternal grandmother was Jewish, and according to Jewish practice he was also Jewish.

This discovery happened on the day on which we had attended our first Hanukkah celebration at the home of Ralf and Judy Pinto. It was Ralf and Judy who have done so much to re-establish the Jewish Cemetery at Faro as a Jewish heritage centre.

Hanukkah (sometimes spelled Chanukah) is an eight-day Jewish holiday, which takes place during the end of November and the month of December, and its purpose is to celebrate the rededication of the Second Temple during the Maccabean Revolt during the 2nd century BCE. The celebration is also known as the Festival of Lights and on each of the eight days an extra candle is lit from the central ninth candle which is known as the shamash. The Hanukkah Menorah candelabrum thus usually has a row of four candles on either side of the central higher candle. When the Temple was to be rededicated, there was enough sacred oil to burn for only one day and yet by some miracle, the lights remained burning for eight days. The Temple Menorah on the other hand is the ancient symbol of Judaism and it has only seven branches.

Jewish households customarily show the Hanukkah lights near the main door or in a window giving onto the street so that the illumination of the house without may be seen by passers by. The lighting of the candles is done in a particular way. The first candle to be lit is on the right, and the next to be lit is the one next to it and so on for the eight nights. On each day, the candles are lit from left to right. Excluding the shamash, over the eight days 36 candles are used. At the party the candles were lit by a visiting rabbi who chanted the appropriate blessings as he did so and the group sang Maoz Tsur which praises God for salvation from the various tragedies that have befallen the Jewish people.

The party was one of cheerful conversation and the consumption of food fried in oil (such as the delicious potato cakes latkes and doughnuts sufganiyot). The oil is symbolic of the miracle of the longlasting menorah oil. Hanukkah gelt is often given to children at this celebration and sure enough, on the table was a small pouch of chocolate money.

A warm thank you to Ralf and Judy for their invitation, and to their friends for making us welcome at our first Jewish celebration. I for one will be keen to accept any other such invitations which might be offered and Lynne is keen to follow up her Jewish culinary skills following her success with her latkes!