Final. Life the Universe and Everything

Life, The Universe and Everything: An Encounter with Art and Philosophy
by Lynne Booker

Not having visited Quinta da Arte for 10 years, I could not find my way and in a sense, I felt ´lost´ when I arrived. Like Alice in Wonderland, I could but wonder at the surroundings in which I found myself. Johannes took pains to explain the concepts in his art, but it would take weeks to begin to appreciate the concepts that have gone into the dozens of works of art housed inside and in the grounds of Quinta da Arte.

Here is Johannes' biography - expressed in his own fashion:

Cellfies
Through his art, Johannes poses the question of what it is to be human. Each of the cells in our bodies contains organelles which have their own specific function to help the parent cell to survive, and the nucleus of the eukaryotic cell directs the cell´s activities and stores DNA. As we are faced with rapidly changing technology and major developments in artificial intelligence, we must examine how new technology will affect the human race and understand what it is to be human, for we may or may not be important in the great scheme of things. As technologies develop so rapidly, we humans must fashion future conditions to our design. In his book, The Vital Question, Nick Lane maintains, “we do not know why life is the way it is. Bacteria evolved into complex life just once in 4 billion years of life on earth and all complex life shares many strange properties, from sex to ageing and death - but why?” In Life 3.0, Max Tegmark shows, “we stand at the beginning of a new era. What was once science fiction is fast becoming reality, as AI [Artificial Intelligence] transforms war, crime, justice, jobs and society - and, even, what it means to be human.” 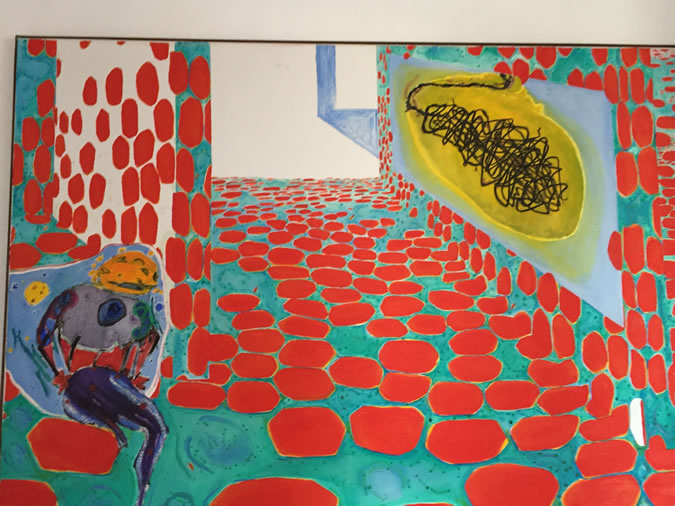 Stealing Intellectual Copyright or Plain Theft
Johannes had the grand idea of creating a biological Sculpture Park in the grounds of his and Heidi´s property in the hills to the north of Tavira, but their enthusiasm fell on stony ground. Johannes contacted many potential supporters around the world, but to no avail, although both Prince Charles and the Pope sent words of support. In an act of cultural vandalism, five years ago, thieves stole many of Johannes´ bronze and copper sculptures, and all that remain of his creations are photographs. So affected were they, that for two years Johannes was unable to work, and even now when Heidi sees people that have worked at their home, she wonders if they were the thieves. Unable to reproduce these pieces, Johannes spent two years reading and working out how he could translate his ideas into art through the use of a computer and television. His big idea is to use fourteen connected TV screens to display his painting of Jesus Christ, the twelve apostles together with Craig Venter, each on a different screen. He estimates the cost at €4000 per TV. 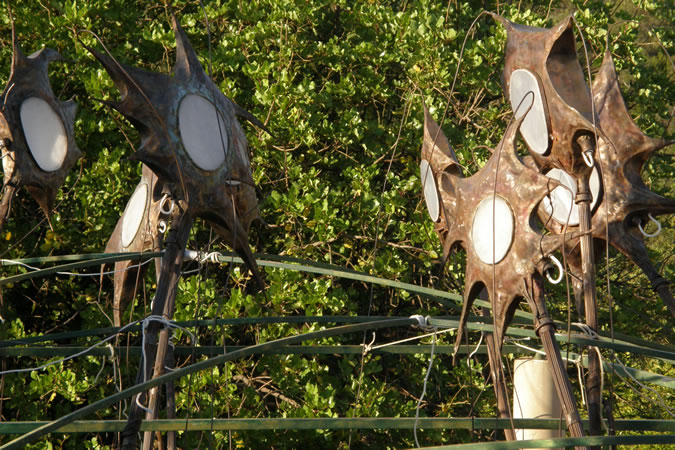 Technology in the World of Art
Craig Venter is well known for his theory that our generation will bring together computer programming and the genetic programming of life by DNA sequencing. The Craig Venter Institute is currently attempting to re-create Leonardo da Vinci´s genome from material which da Vinci is known to have touched, and this work has been referred to as his Brilliantly Insane Plan to Reconstruct Leonardo da Vinci´s Genome. In 2012, Johannes created his work (Craig Venter Meets Leonardo da Vinci) and it is made out of canvas, copper, oil, steel and video. The floor in Johannes´ work is covered with the letters AGTC (Adenine, Guanine, Thymine and Cytosine) which are the four constituents of our DNA. He also uses the letters INRI (Iesus Nazarenus Rex Iudaeorum - Jesus of Nazareth, King of the Jews), which were shown above Jesus´ head as he hung dying on the cross. We also see the letters CRISPR (Clustered Regularly Interspaced Short Palindromic Repeats) which is a means for gene editing. Johannes’ work inspired me to question whether science is enough to describe life or whether there is something more, something spiritual? 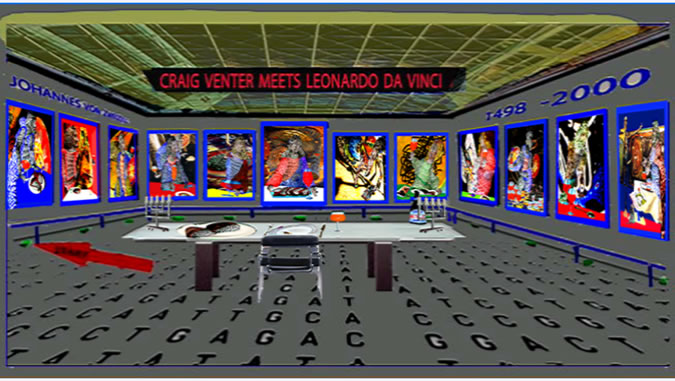 Casa Primo Levi
Born in Turin in 1919 and having graduated in 1941, Primo Levi attempted to contact the resistance movement in Northern Italy. Captured and sent to Auschwitz, he was released by the Soviets in 1945 and committed suicide in 1987. Based on Levi´s book of wartime memories, If this is a Man, Johannes´ sculpture shows dozens of squares with red tongues - wagging - talking of the holocaust. Levi´s square is empty because he does not want to talk; he wants to die. Next to this sculpture, Johannes places a film about torture and a poem (Todesfuge) by the surrealist, Paul Celan who was committed to a forced labour camp for 18 months while his parents were deported to a Nazi concentration camp. 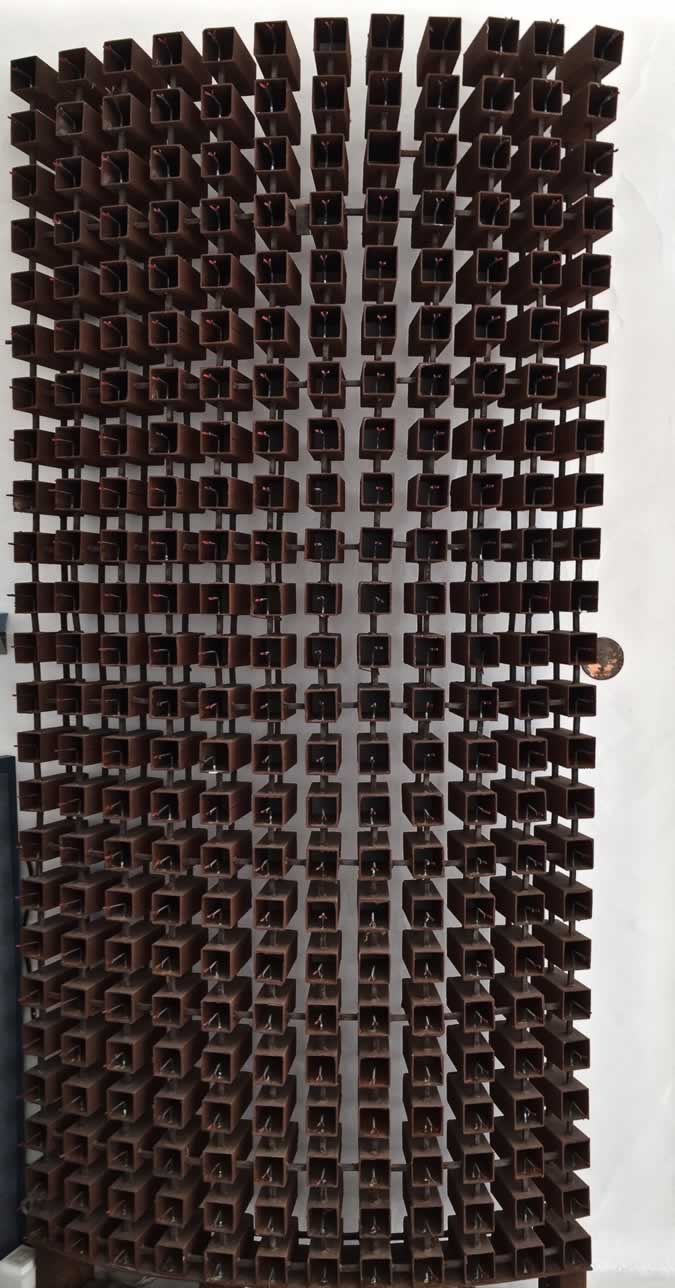 Imagination and Inspiration
My last article Sculptures in the Sun (Algarve Resident 1st February) described how the light and colours of Provence attracted French painters of the Impressionist school. We in the Algarve enjoy a similar climate and vegetation, which attract artists from the world over. Although there is continuing talk of the Algarve as a year-round holiday and cultural destination, it seems that the sophisticated cultural opportunities offered by artists such as Johannes Zweizell are sometimes overlooked.

Sculptures of Johannes and Heidi (by Johannes) 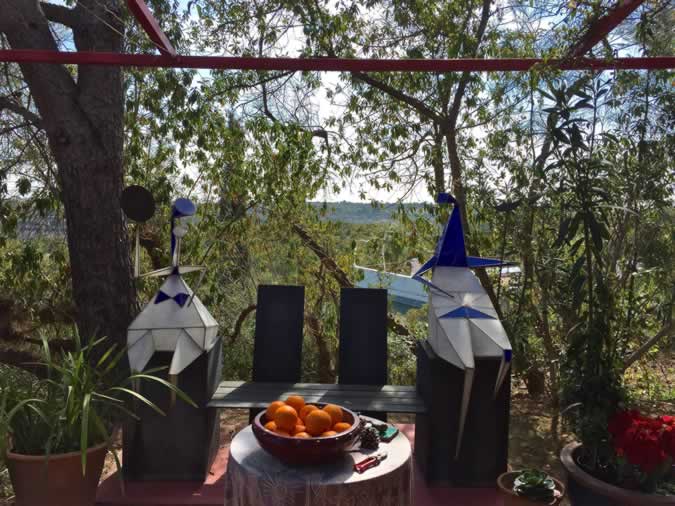 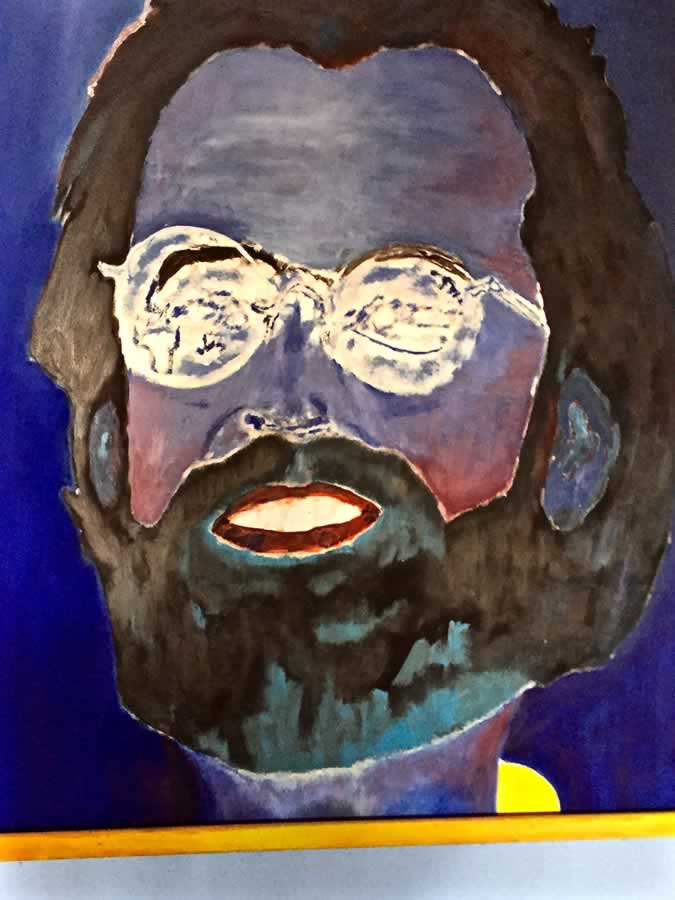